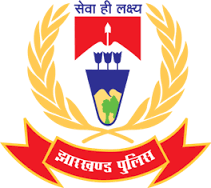 General Studies : Questions in this component will be aimed at testing the candidates general awareness of the environment around him and its application to society. Questions will also be designed to test knowledge of current events and of such matters of every day observations and experience in their scientific aspect as may be expected of any educated person. The test will also include questions relating to Jharkhand, India and its neighbouring countries. Current affairs, Scientific achievements, National/International Awards, Indian Languages, Books, Scripts, Capital, Currency, sports and important events. Indian History, Culture, Geography, Environment, Economic aspects, Freedom Movement, major features of Indian Agriculture & Natural Resources and Indian Constitution & Polity, Panchayati Raj, community development and 5 years Plan. General Knowledge of Geographical and Political condition of Jharkhand.

General Science : Questions of General Science will include to test knowledge of matters of every day observations and experience in their scientific aspect as may be expected of any educated person who didn’t study science as a subject.

Language Test : The Language test will cover Hindi/English language Questions to assess the candidate’s personality. In this paper there will be Hindi/ English Unseen Passage and Hindi/ English Grammar Question will be asking.

Regional/ Tribal language test : Candidate can select the One Language from the above given language for the exam.