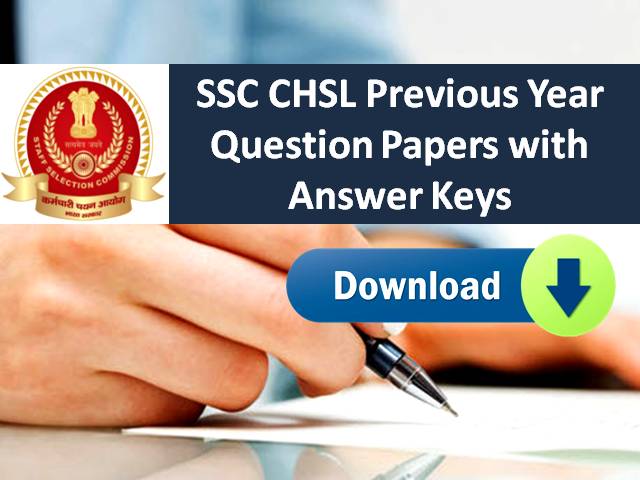 Dear Applicants who applied for SSC CHSL Recruitment 2021 might have in the search for SSC CHSL 2015 Previous Year Question Papers.  Hence candidates can download the Last Ten Years & SSC CHSL 2015 Solved Papers from the below links. Here we have provided SSC Combined Higher Secondary Level Exam previous Papers in a tabular form. Therefore candidates who are appearing in the SSC CHSL Exam 2021 can refer to the Sample Question Papers to get a good score. Candidates can download the SSC Model Papers PDF free of cost from the below table. Hope the valuable information provided in our article will be helpful for the applicants to get a good score in the SSC CHSL Exam.  ” ALL THE BEST “

By Practicing the Previous year Question papers candidates can get the Ability to answer any type of questions to be asked in the examination. They can Understand the Structure of the Exam paper. And they can estimate the toughness of the exam paper. They find many simple ways to Solve the Question in a simple manner. So all the Candidates should Download the Previous Year Question papers which are available in PDF format makes the Download easy for the candidates for free.